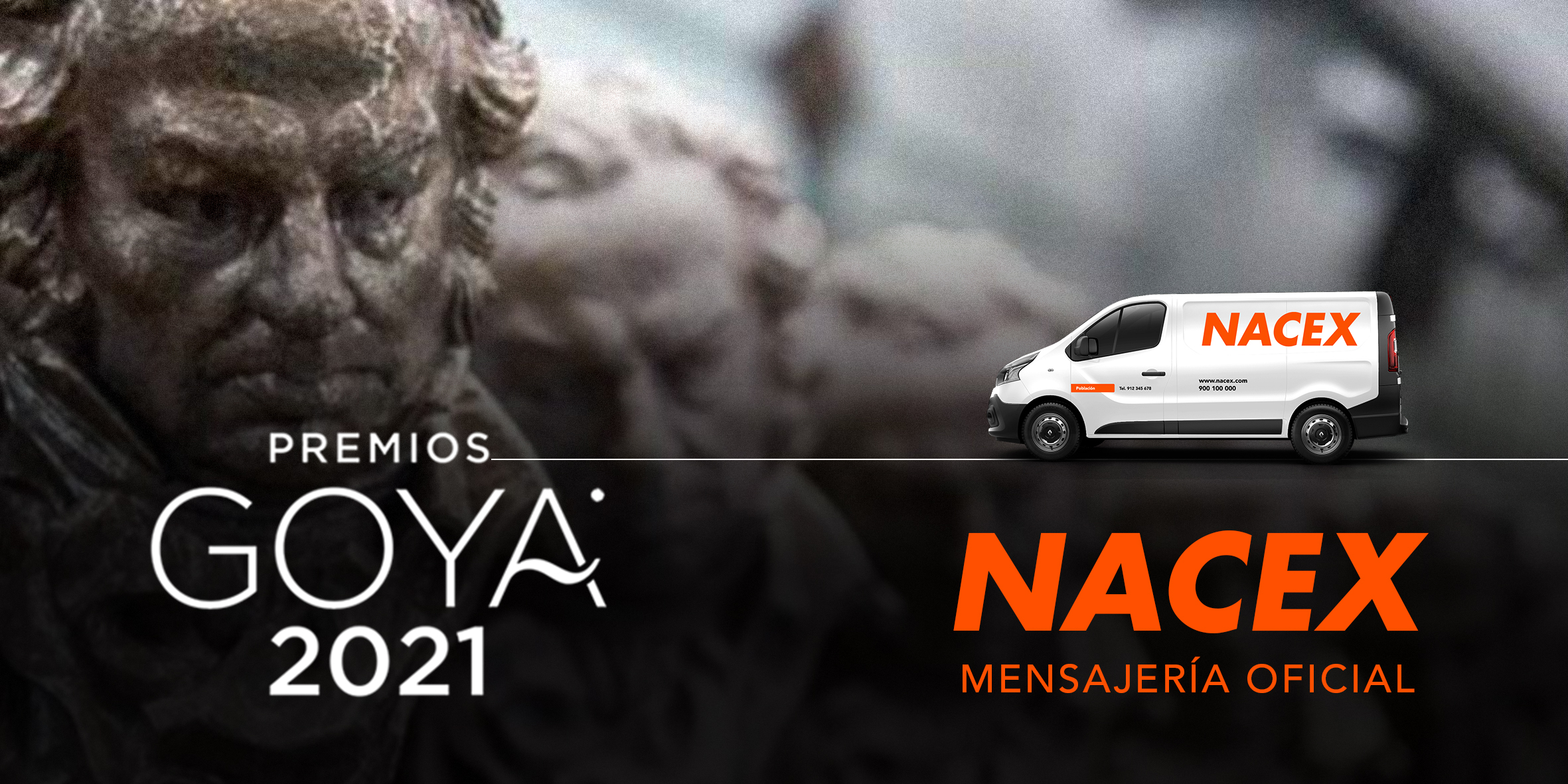 NACEX has signed a collaboration agreement with the Spanish Academy of Motion Picture Arts and Sciences, making it the official courier for the 35th edition of the Goya Awards.

NACEX, Logista’s express parcel and documentation delivery company, has signed a collaboration agreement with the Spanish Academy of Motion Picture Arts and Sciences and has been incorporated as a collaborator for the 35th edition of the Goya Awards, which will be celebrated on the 6th of March in Malaga.

By virtue of the agreement reached, NACEX has become the official courier for the Goya Awards, and has been entrusted with the transport of the statuettes from the workshop that makes them to the Motion Picture Academy’s headquarters, where the winners will go to pick them up the week after the gala. By doing so, NACEX contributes to the celebration of one of Spain’s most significant cultural events.  For the first time ever, it will be celebrated in a hybrid format, and NACEX will also make it possible for the winners who cannot go and collect their awards at the Academy to receive them at home.

This collaboration falls within the NACEX commitment to culture, as part of its CSR strategy, and underscores the values that represent the company: the quality of its service, the care taken when making every delivery; and its commitment to excellence, in order to comply with the day-to-day commitments undertaken with its clients.

Cinema and culture in general, have been –and continue to be- some of the sectors most affected by the pandemic, due to the closure of cinemas and the limitations on capacity. NACEX, now more than ever, demonstrates its support for the profession and all of its workers.

NACEX has a fleet of over 1,600 vehicles and more than 3,000 collaborators, as well as a network of 32 hubs, over 300 franchise offices in Spain, Portugal, and Andorra, and more than 1,800 NACEX.shop points in Spain and Portugal.

Logista is the leading distributor in the south of Europe.  It regularly provides a service to over 250,000 points of sale in Spain, France, Italy, Portugal, and Poland, and facilitates the best and fastest access to the market for a wide range of convenience, electronic top-up, pharmaceutical, book, publication, tobacco, and lottery products, among others. Logista counts on a team of highly qualified professionals made up of 5,900 direct employees and 15,000 collaborators, focussed on providing service to their clients in the most efficient way and adapting to their needs.